If you look closely you’ll see starfish in this picture.  When we stumbled upon it on the beach yesterday, I was amazed yet saddened for it seemed they had become entangled in a mess of seaweed.  We carefully picked them out but it appeared we were too late.  😦

We continued our walk and I began to think of a story that was one of my previous pastor’s favorites.  As a man was walking down the beach, another noticed he would bend down, pick up a starfish & toss it back into the ocean.  After observing this for several minutes the onlooker could contain himself no more.  Finally he asked, “Why do you do that?  There are so many, what does it matter?”  The man replied, “I may not be able to save them all but it matters to the one I can save.”

As we continued walking with Terry carrying them, I thought…”I wonder….”  They were so beautiful, could there still be some life in them? We turned them over and believe it or not, their tiny little cilia were moving. We both got so excited….these little guys were still alive! 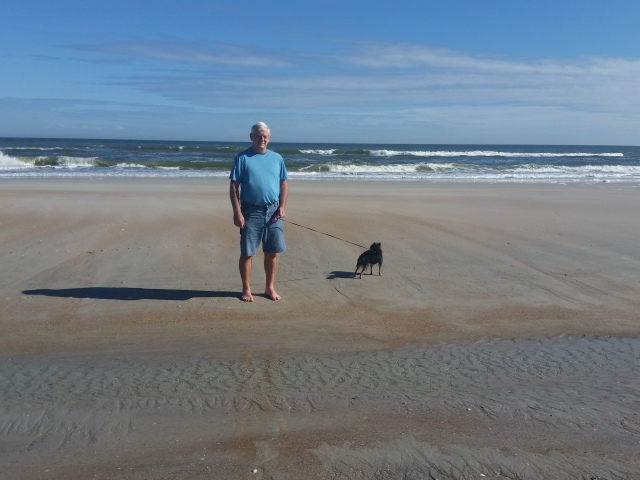 So Terry waded out into the water & tossed them back in!  What happiness we felt!  I can only imagine the joy God feels when one of his “little starfish” are tossed back into the fullness of life He wants to give.  Yes it’s true.  “It does matter to the one who is tossed back in….it’s the difference between life & death!”